The Arnow Conference for the Humanities was established at Somerset Community College to pay tribute to the literary contributions of Harriette Simpson Arnow, who grew up in Pulaski County, and whose work, both fiction and nonfiction, focuses on the rural Kentuckians she knew best. Each year, the conference brings together writers, scholars, academics, and others interested in literature and the arts for academic presentations and brief writing workshops to discuss and honor both the literature of Harriette Arnow and the writers and others whose own work she has inspired and informed. This year’s conference has been expanded to include all disciplines from the Humanities.

Harriette Arnow: Her inheritance and Her Legacy 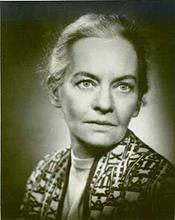 Theories abound concerning the ancestry and character of the early settlers in the Kentucky hills. They have been traced to Scottish chieftains, to English yeoman farmers, and indentured servants. They have been called hardy, self-reliant, and independent, as well as illiterate, uncouth, and undisciplined. Others attribute to these early hill people traits such as individualism and stoicism, but also traditionalism, fatalism, and religious fundamentalism.

Whatever their exact origin and character, the Kentucky hill people proved to be resilient. They managed to survive and flourish in virtual isolation for nearly a century, developing a culture in which utilitarian handcrafts, the ballad, the fiddle, and the recipe for home brew were features of everyday life. During the first half of the twentieth century, however, the outside world came to call in the form of land speculators, mining and lumber operators, road builders, missionary teachers, preachers, and the United States Government.

Harriette Simpson Arnow, born in Wayne County, Kentucky, and raised in Burnside, wrote about the Kentucky hill people as they experienced unprecedented social and economic change in their region from the 1920s through the 1940s. Through a number of short stories and the trilogy of novels for which she is best known, Mountain Path (1936), Hunter’s Horn (1949), and The Dollmaker (1954), Arnow viewed the transformation of hill society through compelling female characters.

This tribute to Arnow’s heritage and legacy begins with a quote from Mountain Path. Arnow’s novel is written from the perspective of a young teacher from Lexington who moves into the Cavecreek community of Somerset County, Kentucky. Louisa Sheridan is intensely curious about human behavior in general and about the folkways of the people among whom she lives and works. Louisa captures the essence of hill society in the following astute observation: “She sat and listened to the music and watched the people in the room—the women sitting quiet in the shadow and the men in the full glow of the lamplight and firelight” (311). While this novel is the earliest of the three novels in a trilogy, it has the same impetus as Hunter’s Horn and The Dollmaker. That impetus is to bring the hill women out of the shadows and to highlight their complexity of character, their genius as well as their ignorance and fatalism, and the extent of their limitations as well as their power.

Through the strong characters in her stories, Arnow explored not just the complicated roles of men and women in the Kentucky hills. She examined with brutal honesty the broader forces shaping the lives of the people in her world: the impact of the natural environment upon the people; the influence, positive and negative, of outside agencies in the region; the outmigration of the people during the 30’s and 40’s, especially to industrial centers of the north, and the subsequent draining of the human resources from rural communities; the religious beliefs and practices of churches in the region that provided comfort from life’s storms or stymied introspection, growth, and change. Harriette Arnow pursued the ancient themes of pride, honor, love, betrayal, envy, hatred, and grief alongside the modern themes of human isolation, alienation, powerlessness, and despair, of urbanization and impersonalization.

For these reasons, we dedicate this conference to Arnow’s genius and to those whom she has inspired. 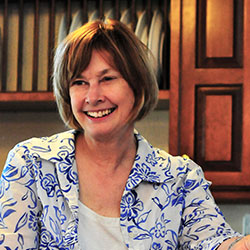 New York Times bestselling author Sena Jeter Naslund's most recent novel is Abundance: A Novel of Marie Antoinette; she has published six previous books of fiction. She earned a Master's Degree and a doctorate from the University of Iowa Writers' Workshop. Kentucky Poet Laureate during 2005–2006, Naslund is currently Writer in Residence and Distinguished Teaching Professor at the University of Louisville, Program Director of the Spalding University brief-residency Master of Fine Arts in Writing, and editor of Spalding's Fleur-de-Lis Press and The Louisville Review, which she founded in 1976.

In this session, Ms. Naslund will compare and contrast her works of fiction and how she complied research and wove it into the stories. 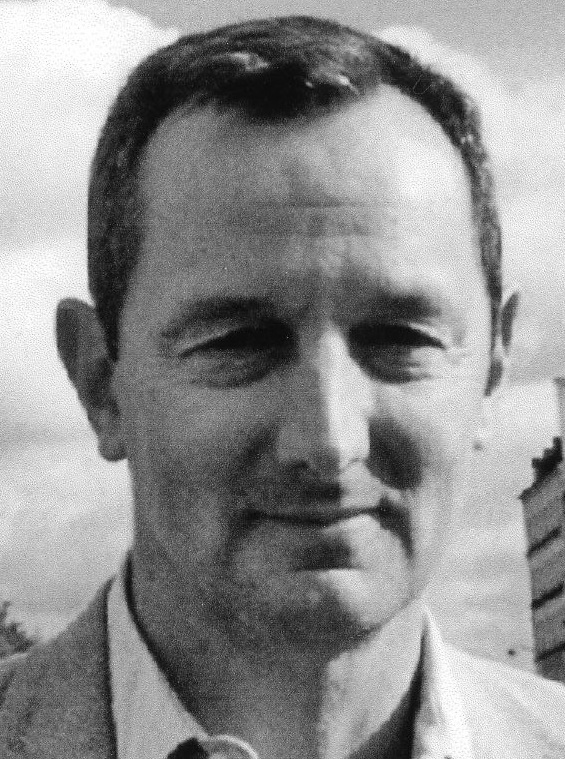 Keynote Address: "The Fluidity of Time and Culture" | 1 hour

Kentucky poet laureate Frederick Smock is a Louisville native. A graduate of Georgetown College and the University of Louisville, he serves as Professor of English at Bellarmine University. For fifteen years he edited The American Voice, an international literary journal. Those papers are housed in the Duke University Archives. Mr. Smock has published a dozen books of poems and essays, most recently Book of Earthly Delights, poems from Larkspur Press, and On Poetry: Palm-of-the-Hand Essays, from Broadstone Books. Nationally, his work has appeared in The Iowa Review, The Hudson Review, Poetry (Chicago), The Southern Review, Poetry East, Shenandoah, American Poetry Review, Arts & Letters, The Antioch Review, The Bloomsbury Review, and many others. Internationally, his work has appeared in Russkya Mysl (Russia), Dublin Poetry Review (Ireland), Olivier (Argentina), Art-Interpres (Sweden), and others. 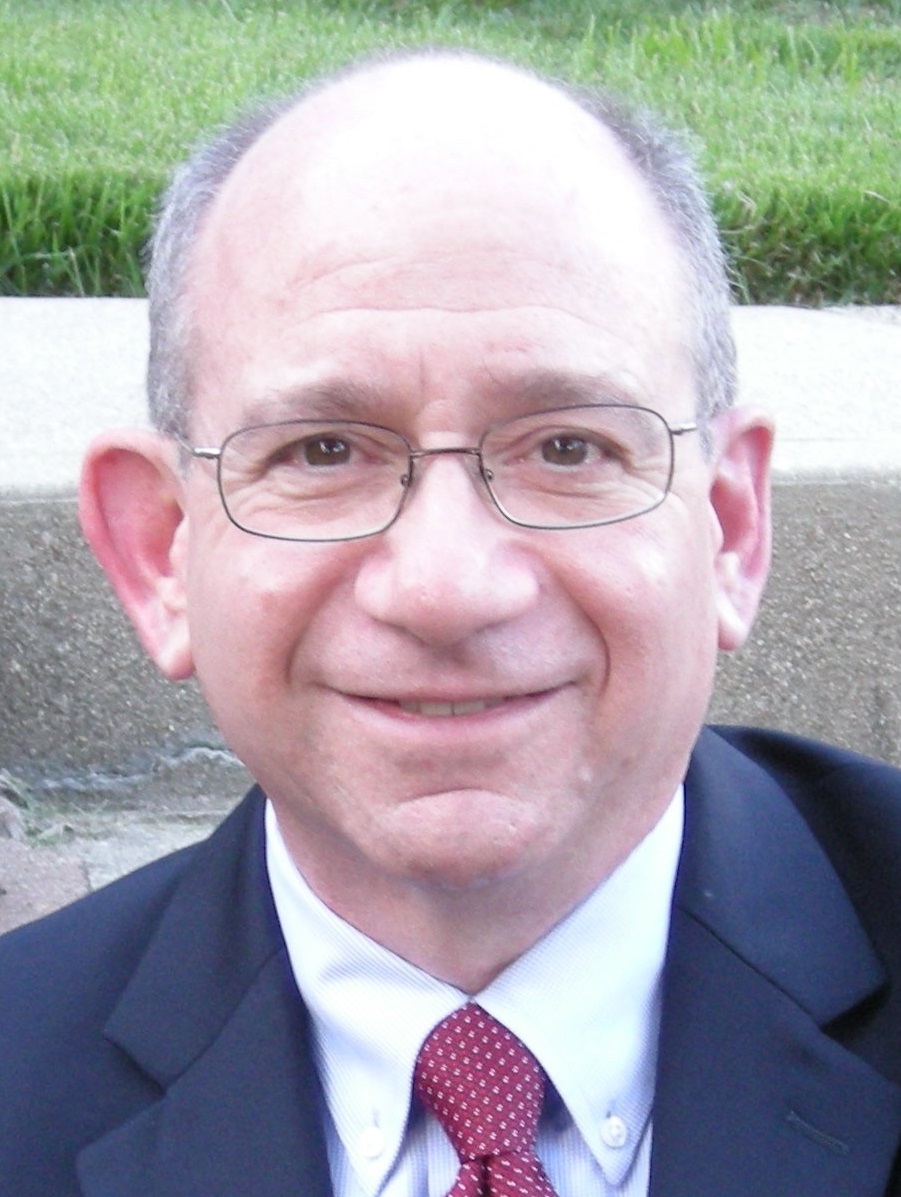 Jonathan S. Cullick is Professor of English and former chair of the English Department at Northern Kentucky University. He is the author of several books including Robert Penn Warren’s All the King’s Men: A Reader’s Companion (University Press of Kentucky, 2018) and Making History: The Biographical Narratives of Robert Penn Warren (Louisiana State University Press, 2001), as well as many articles on southern and American writers and pedagogical topics. He teaches courses in English teacher preparation, advanced grammar, and writing. 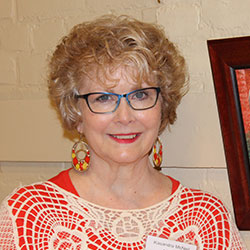 Online Showcase and the Norton Centre, to name a few.

In this session, McNeil describes her marrying the ancient Christian tradition of the 14 Stations of the Cross with dramatic, real worldwide events of 2016. Linking the relevance of those events with Christ’s journey to the cross in a thought provoking experience for filled with doubt, dread, heartbreak and hope. 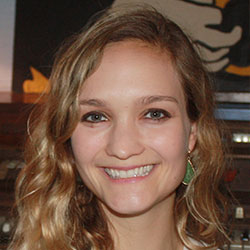 Kristina Brant is a PhD candidate in Sociology at Harvard University and a Doctoral Fellow in the Multidisciplinary Program in Inequality and Social Policy at Harvard Kennedy School. For the past four years, Kristina has also coordinated the National UnDACAmented Research Project, a multi-site longitudinal study investigating the impact of DACA on undocumented young adults.  Along with two co-authors, she is currently working on a book manuscript under contract with University of California Press, exploring how the impact of DACA has been patterned by state and urbanicity.

In this session, Brant will share her current research focusing on the secondary effects of the opioid epidemic on families.  Her dissertation is an in-depth qualitative investigation of the impact of parental addiction on children, through the lens of kinship care.  Additional projects consider economic hardship and trust; post-coal economic development; rural heterogeneity; and rural rental housing markets.

Dr. Kathy Bullock is a Professor of Music at Berea College, Berea, Kentucky where she has worked for the past twenty-three years.  She has earned a Ph.D. and M.A. in Music Theory from Washington University in St. Louis, MO, and a B.A. in Music from Brandeis University, MA.  She teaches Music Theory, African-American Music, Ethnomusicology, General Studies courses, directs the Black Music Ensemble, (an eighty-voice choir that specializes in performance of African-American sacred music) and works as a staff accompanist. She has served as the department chair and works diligently in other administrative capacities in the college. Additionally, Dr. Bullock has designed and completed new study abroad programs for Berea College students, traveling to Zimbabwe, Ghana and Jamaica.

This session will feature a musical performance by Dr. Kathy Ballard entitled “African to Appalachian Music” demonstrating the connections between the two types of traditional music. 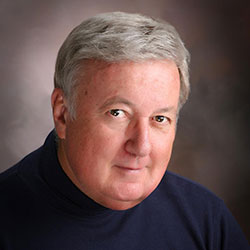 Don White was inducted into the Kentucky Journalism Hall of Fame in 2016, after a long and unique career as Commonwealth Journal editor. He is a freelance writer for several publications including the popular Pulaski’s Past feature published every Saturday in the Commonwealth-Journal of Somerset.

This session takes a practical look the personality requirements for a job in journalism. Don will talk about the real life issues that surround a journalist and discuss pathways toward a profession in print media. 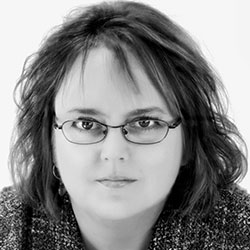 Nancy Jensen’s best-selling novel The Sisters was selected by the Independent Booksellers Association as a #1 Indie Next Pick, and included by Kirkus Reviews on its list for Best Fiction of 2011.  She has been awarded an Artist Enrichment Grant from the Kentucky Foundation for Women and an Al Smith Fellowship from the Kentucky Arts Council.  Her first book, Window: Stories and Essays, was published by Fleur-de-Lis Press in 2009.  Nancy’s short fiction and personal essays have also appeared in numerous literary journals.  The first chapter of her recently completed novel In Our Midst appears in the Fall 2018 issue of The Louisville Review, and has been nominated for a Pushcart Prize.  As a faculty member of the Bluegrass Writers Studio, Nancy teaches undergraduate and graduate courses in creative writing and literature at Eastern Kentucky University, where she also edits The Chaffin Journal.

In this session participants will consider how writers of fiction, creative nonfiction, and poetry entice the reader by establishing tension in the first few lines. 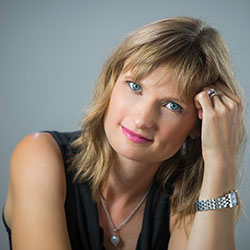 Flora Schildknecht is an English professor at Bellermine University.

In this session, writers of any genre interested in exploring the intersection of memoir, fiction, and poetry are invited to bring two pieces of their own work to revise or reimagine using strategies of remixing fact with fiction and “appropriating” personal memories as new material. The session will also include looking at the single genre writers, including George Ella Lyon, Michael Ondaatje, Tracy K. Smith, and Mary Ruefle. 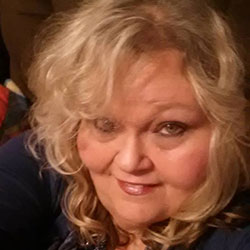 Sandi Keaton-Wilson is a southern Appalachian author who writes poems, prose and plays and performance pieces. She has been publisher in national Writer’s Journal, in many anthologies, newspapers, literary journals, etc. and has traveled to do readings and workshops in Kentucky, Tennessee and Virginia at many venues. NO SHROUD of SILENCE, recently published by Shadelandhouse Modern Press, is a highly reviewed collection of some of her published work and a few new pieces. Her 10-minute play, Boundaries had a staged reading off Broadway in NYC and her full length play, “The Unveiling” was the opening for the First Women's Playwright Festival held in Elkhorn City. She resides in Somerset and is the facilitator of Pulaski Writers Alliance.

In this session, Keaton-Wilson will conduct a poetry workshop entitled “KINtucky - writing about kinship to place and people.” 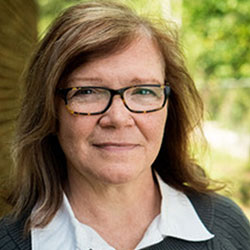 Frangos is the Resident Playwright for Flashback Theater in Somerset, KY. She is a graduate of California State University and a member of The Dramatist Guild. She has written for both the stage and screen and has been involved both on stage and on screen as a performer as well as backstage and behind the camera.

In this session, Frangos will be highlighting scenes from her play “Rosies: The Women Who Riveted the Nation.” The scenes focus on the real-life events that surrounded the iconic local figure, Rosie, the Riveter. Discussions will follow video clips of Flashback Theatre’s production of the play to discuss how this work was developed to reflect how women from the past have influenced women today. 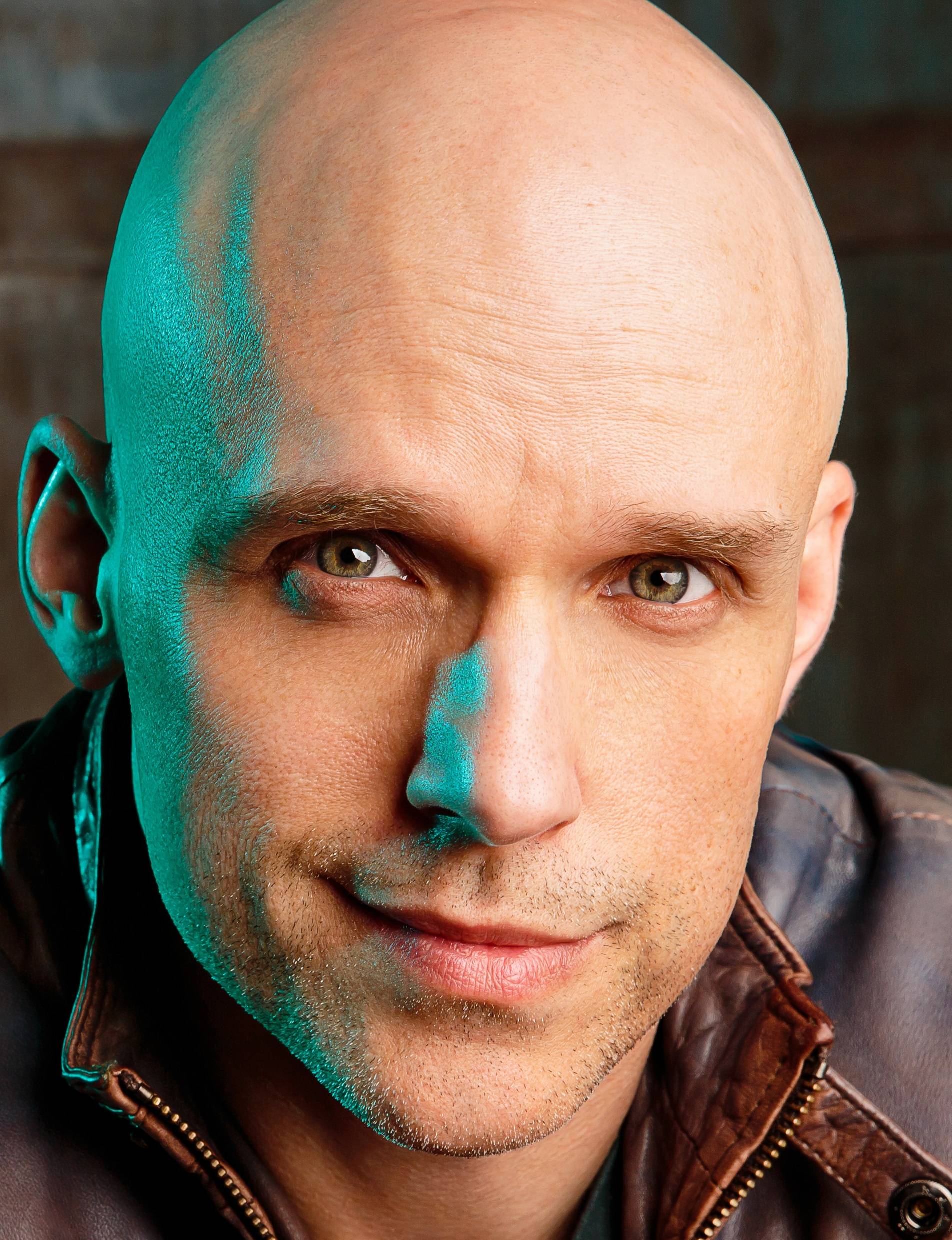 Television writer/producer Scott Sullivan has written for such television programs as Scorpion, NCIS: LA and The Tonight Show.

In this session, Sullivan will give tips and techniques on writing for television, especially pilots and treatments.

Include your name and contact information. Payment can be sent by mail with a check made out to Somerset Community College, or can be collected at the door for email registrations. SCC Box Office will be open beginning March 20th Monday through Friday from noon to 3:00pm to assist with registration.