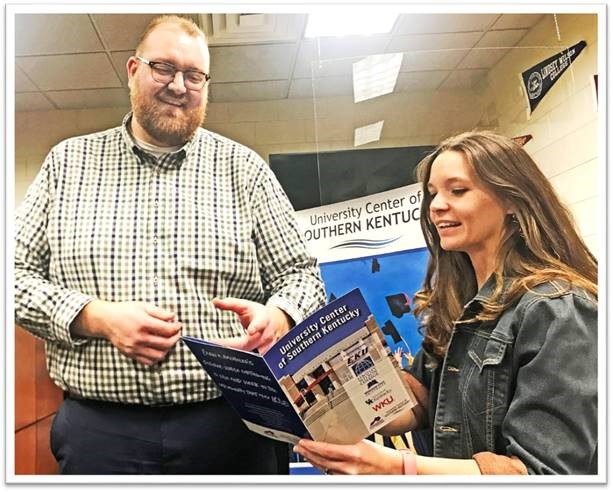 If you’re a Somerset Community College student, potential student, or former student who would like to earn your four-year college degree without leaving this area, then Dr. Korey Bruck has a deal for you.

As the new director for SCC’s University Center of Southern Kentucky, Bruck says the partnership that has been formed with other postsecondary educational institutions is “extremely unique.” 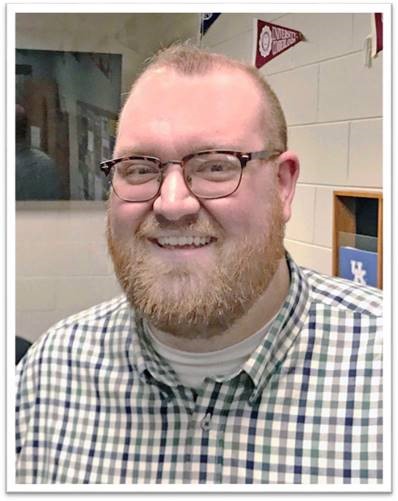 “A degree makes a huge difference,” says the 33-year-old Bruck (pronounced like Truck with a B). “If I can just be ‘the word’. If I can get students to at least look into (the University Center), I know at the end of the day I’ve done a good job.”

He says that as more students investigate the partnership, more students will recognize the benefits. Besides continuing an education close to home at an affordable cost, University Center students also have access to several support services.

Bruck says that taking advantage of the partnership is “a great way to avoid student debt.”

Although Bruck has been involved in education, advising and retention for several years at EKU and the University of the Cumberlands, he says that coming into the new position mid-semester is like “drinking from a fire hydrant.” And continues with a smile, “But I like to stay hydrated.”

The educator will be rotating between Somerset and Laurel campuses and says that the new position “is a great fit and an awesome opportunity to help more students.”

A native of Beaver Creek, Ohio, the new director is no stranger to south-central Kentucky.

“My mom’s side of the family is from Corbin and Hazard,” he says, “so I spent a lot of summers and time down this way. Kentucky was my second home.”

Bruck earned his bachelor’s degree and master’s degrees from EKU and in December 2021 received a doctorate in Educational Leadership and Student Services from University of the Cumberlands.

Speaking of his education and past employment, Bruck says “all of it ties in with helping students find success. The great thing about this role (as director) is that it's all about the students at the end of the day. It’s not about me, not about you ... it’s all for the students.”

Bruck says that because of the opportunities provided to SCC students by the University Center, “this is something that could really grow.”

Now living in Corbin but looking to relocate to Somerset, the new director is married to his college sweetheart, and they have two children, ages 5 and 3.

For more information on SCC’s University Center of Southern Kentucky, email sccuniversitycenter@kctcs.edu or contact Administrative Assistant Krista Atwood at (606) 451-6648 or email her at krista.atwood@kctcs.edu.