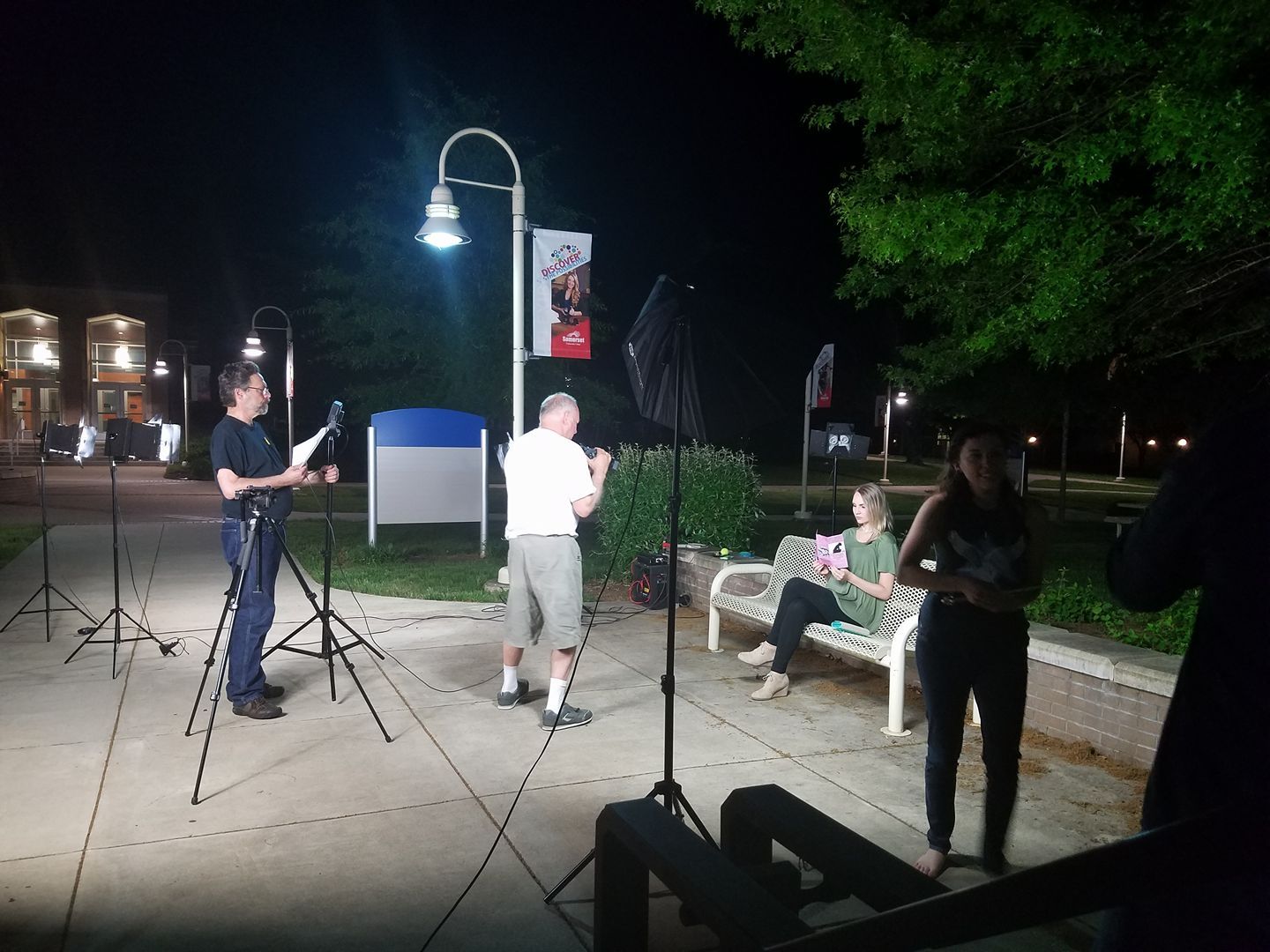 The College's theatre program began experimenting with the film process with its first production program aptly named “Cheap Video Productions.” After a few projects and an upgrade of equipment, the Theatre program now embraces the film making process with many projects.

It Turns on Love
The world premiere of SCC’s new short film. It Turns on Love is based on SCC English Professor Betty Peterson’s play. It follows the story of a father and son as they struggle to communicate about their business, their family and their own relationship. The short film debuted at last year’s Appalachian Film Festival as a part of the Arnow Writer’s Conference.

Summerfalls: Take It For a Spin
The latest episode in SCC Theatre & Film’s web series. Macy let the spin of a coin decide whether to enroll in college.