Professor and author, Gerald Smith, will be the featured speaker for the 14th Annual John Sherman Cooper Lecture at Somerset Community College (SCC). The event will be held on Thursday, November 15, 2018 at 2 p.m. in the Harold Rogers Student Commons Citizens National Bank Community Room, located on the SCC Somerset North Campus at 808 Monticello Street in Somerset. Admission is free and the public is invited.

About Professor Gerald Smith
Gerald L. Smith is a native of Lexington, Kentucky. He is a full professor of history at the University of Kentucky. He  formerly held the Theodore A. Hallam Professorship and  the position of Martin Luther King Center Scholar-in Residence. From 1997-2005, he served as the director of the African American Studies and Research Program at UK. He is the former pastor of the Farristown Baptist Church in Berea, Kentucky and is  currently  pastor of the Pilgrim Baptist Church in Lexington, Kentucky.

Professor Smith is the author, editor, or co-editor of four books. He has more than forty articles, essays, and book reviews published in historical journals and encyclopedias. He has consulted on various historical projects, lectured on college campuses around the state, and conducted workshops for primary and secondary school teachers.

He has appeared in  historical documentaries  which have aired on CBS, NBC, KET, the CBS Sports Network, and TruTV.  Professor Smith is co-editor of the award winning Kentucky African American Encyclopedia. There will be copies of the book for sale after the event at SCC.

Over the years, Professor Smith has served on a number of different boards and committees and now serves as chair of the Kentucky African American Heritage Commission. He has won many awards and some of those awards include: selection as a National Faculty Scholar (1997); induction into the Martin Luther King Jr. Collegium of Scholars of Morehouse College, in Atlanta, Georgia ( March 2000), and  the Evelyn Black Award from the UK Black Student Union (2005, 2017).

He is a 2006  inductee into the Henry Clay High School Hall of Fame in Lexington, Kentucky; a recipient of the 2011 Richard H. Collins Award from the Kentucky Historical Society, and, one of six professors on campus chosen by the UK Alumni Association to receive the 2013 Great Teacher Award.

In 2014, the Commonwealth of Kentucky’s Personnel Cabinet presented him with the annual Charles W. Anderson Laureate (Medal) Award, its highest award given to individuals recognized for significant contributions to equal opportunity in their communities. He was also named a recipient of the 2016 Living Legacy Award by the Kentucky Black Legislative Caucus. He is also the recipient of the UK College of Arts and Sciences Distinguished Service and Engagement Award and the University’s Inclusive Excellence Recognition Award for 2018.

Cooper was a member of the board of trustees of the University of Kentucky from 1935 to 1946, served as a delegate to the United Nations, and was appointed Ambassador to India, Nepal and the German Democratic Republic. He died on February 21, 1991 and is buried in Arlington National Cemetery in Virginia.

The inaugural Cooper Lecture was given by Senator Mitch McConnell in August 2005. At that time McConnell said, “One of the greatest senators in Kentucky history, and certainly the greatest of my adult lifetime, is John Sherman Cooper. He stood fast for what he believed was right, no matter how large the opposition or great the cost. He taught me how to be a senator. And he taught everyone who knew him the value of integrity, forthrightness and moral character.” 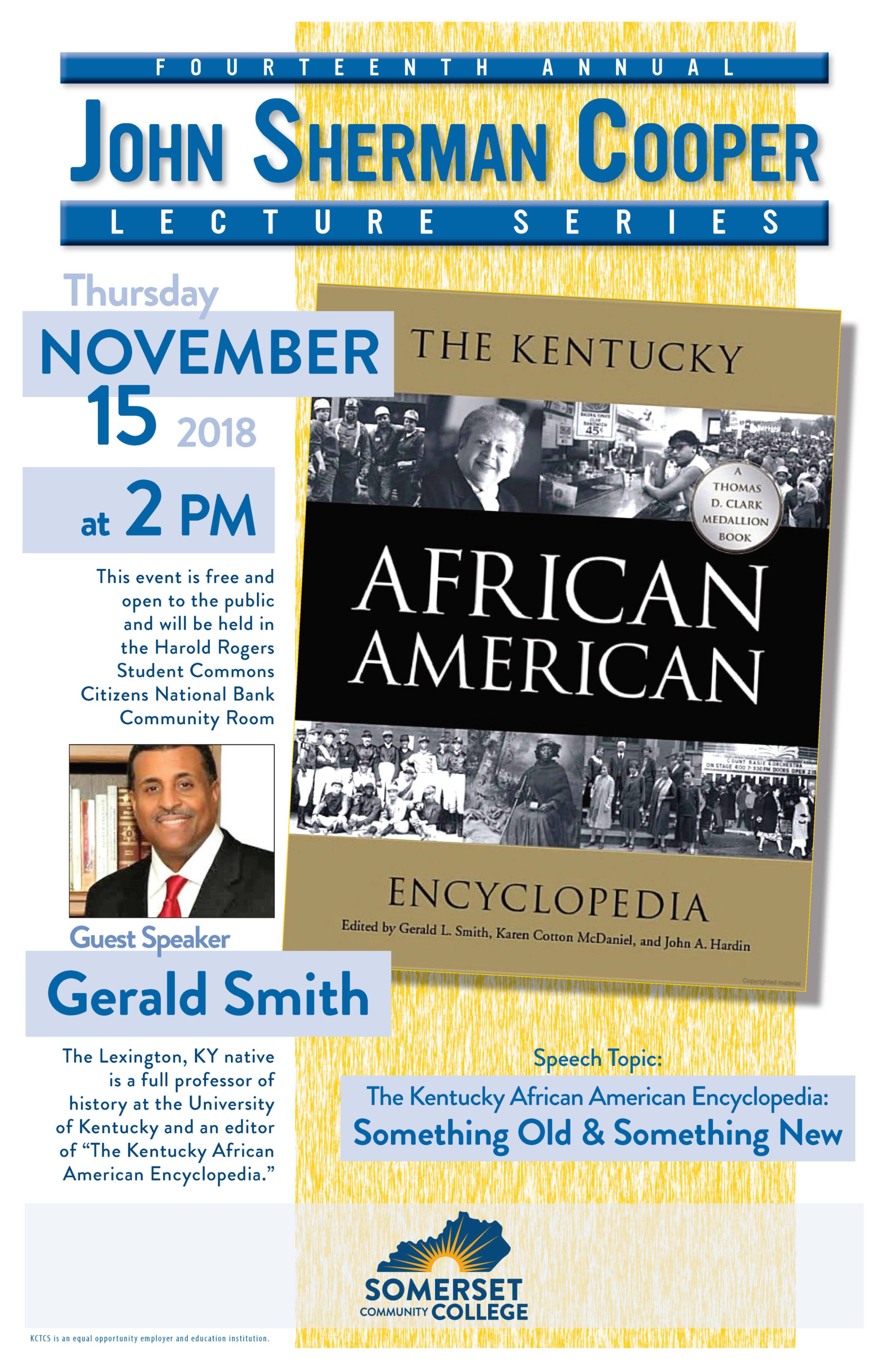