The Somerset Community College (SCC) Physical Therapist Assistant Program will host a local author as a part of its celebration of October as national physical therapy month.  Angela Ray Rodgers, the author of “Grace Anna Sings,” tells her inspirational story of raising a child with a rare genetic disorder.

Grace Anna Rodgers was born with a rare form of dwarfism called Conradi- Hunermann Syndrome, affecting one in 200,000 newborns annually.  She was born with cataracts on both eyes, has endured four spinal surgeries, a hip surgery, four eye surgeries, seven ear tube placements, and four different series of castings of her legs and feet.  She has developed a severe kyphosis and scoliosis of the spine and many other health issues.  She also has physical and occupational therapy weekly, working to achieve her biggest goal yet, to walk.  She has overcome the expectations that many physicians had before and after her birth while maintaining a positive attitude.

In 2012, Grace Anna was close to death after both lungs collapsed following a spinal fusion procedure.  Once recovered, she began to sing; her rendition of the national anthem received worldwide attention.  She has made appearances on local and national television and has developed a strong social media presence, with more than 1.2 million followers and videos reaching over 25 million people.

Grace Anna’s enthusiasm for life and positivity is contagious, and she continues to impress the world through her amazing accomplishments.  The most important of these is allowing her story to be used to help others live more positive lives.

Grace Anna’s journey through life will inspire you to be the best you can be no matter your circumstances. Her resilient spirit has helped her overcome obstacles in life which will move you to choose to live, not just exist.

The faith of her family to believe in the impossible will inspire you to take steps to make your life better. Her fearlessness challenges will challenge you to be bold, be brave, and step out courageously. Grace Anna’s love of life will motivate you to seek joy where there appears to be only darkness.

The book signing will take place on Wednesday, October 24 in the SCC Harold Rogers Student Commons, Citizens National Bank Community Room, 808 Monticello Street in Somerset, Kentucky from 11:30-1:00.  Angela Ray Rodgers will read selected excerpts from the book; Grace Anna will sing. The book will be available for purchase in SCC’s book store.  This event is free, and the public is invited to attend. 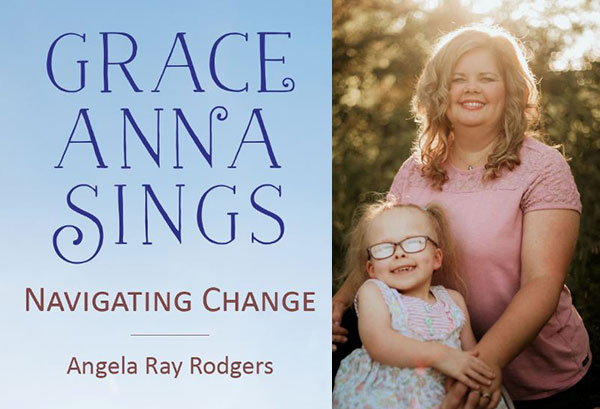